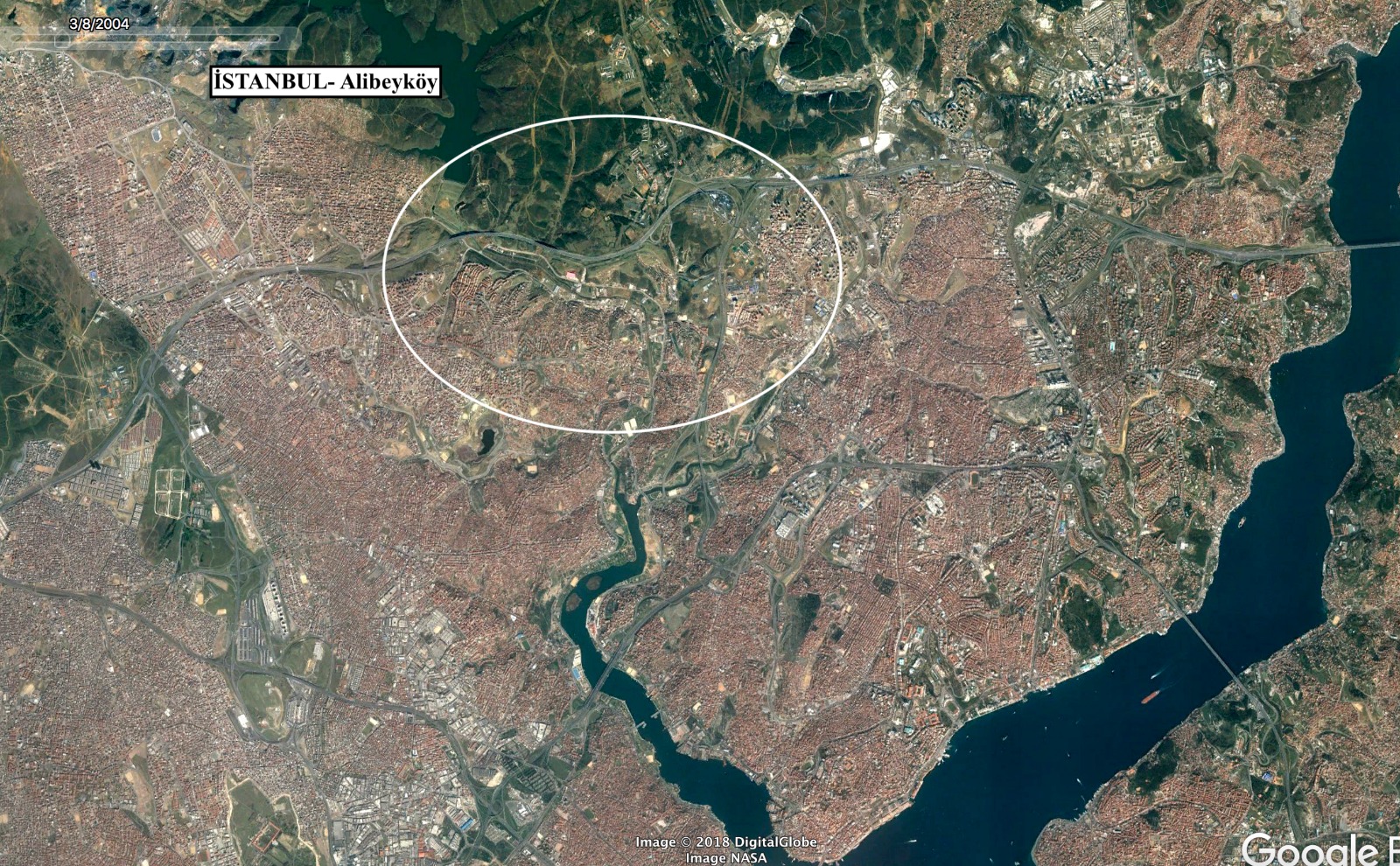 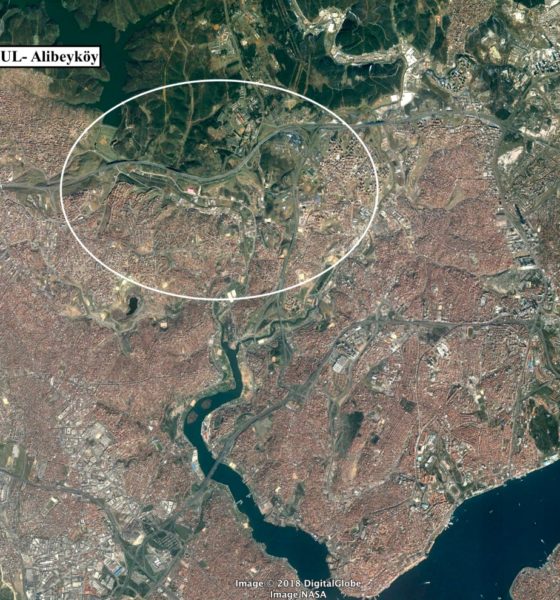 The foundations managed by Turkish President Tayyip Erdoğan’s children made a fortune that amounts to billions of USD in the last couple of years.

Turkey’s wealthiest businessmen are lining up to donate to TURKEN and ENSAR foundations, which are owned by the Erdoğan family.

Erdogan regime encountered two significant graft probes in 2013, on December 17 and 25. In a bid to dodge the charges against it, the Erdogan regime called the probes “a judicial coup,” expelled all the cops, judges and prosecutors who took part in the probes, having them arrested on terror charges later on.

Due to the example laid bare, currently, no prosecutor ever dares to launch a graft probe against Erdogan administration.

Even if there are no probes launched against corruption allegations, Turkey falls back in the corruption index every year.

The latest corruption scandal landed amid the rescue efforts for the victims of the quake that struck the eastern city of Elazığ recently, taking a toll of 42 deaths.

The Red Crescent of the country (Kızılay) started a fund-raising drive for the quake victims. However, there was already a big jump in the numbers Kızılay received in the last few years.

A few documents that leaked from the bureaucracy which is under immense pressure from the government illustrated that Kızılay served as a cover for the donations made to Erdoğan family’s foundations.

Business people who received tenders from the state had been making donations to Kızılay sealed with conditional protocols. Protocols stipulated that donations should be directed to ENSAR or TURKEN foundations.

This way, business people deduct the money from their bank accounts as deposits to Turkish Red Crescent, but in reality, they give the money to the Erdoğan family.

The first revealed case was about Torunlar Holding. The Başkentgaz company, owned by Torunlar Holding, which won the tender for natural gas distribution to the capital city of Ankara, had donated USD 8 million to Kızılay. There was a catch, though. There was a specification in terms of reference that stipulated the transfer of the donation to the ENSAR foundation exclusively.

ENSAR and TURKEN keep operating as Erdoğan’s long arm abroad. The operations of the Erdoğan regime to found schools and dorms in Africa, America, and Europe are carried out via these two foundations.

The bigger and more complicated case emerged in Istanbul. It was about 96,400 square meters of land located between the two older bridges of Bosphorus valued in billions of dollars.

The land belonged to the Silahtar Abdullah Ağa foundation, which existed since the days of the Ottoman Empire. The government seized the property of the foundation after the proclamation of the Republic of Turkey.

Authorities designated this 96,400 square meters land as an assembly area, for it would be a safe space in the case of an earthquake.

In order to build luxury residences on this valuable land, a protocol was signed with KIPTAŞ, the construction organization of the Istanbul Metropolitan Municipality, on February 24, 2012.

KIPTAŞ, on the other hand, shook hands with Torunlar GYO as contractors, the construction company of the Torunlar Holding.

According to the contract, 54,28 percent of the residences to be built on the billions of dollars worth glebe land would belong to Torunlar, 45,72 would belong to KIPTAŞ. The Directorate General of Foundations received nothing as the landowner.

All this info was a secret for the year 2014 because the Erdogan regime had displaced hundreds of judges, prosecutors, and cops that year. The country was in utter silence.

This information comes into light only after years of research conducted.

The corruption aspect of the incident is not only limited to the granting of billions of dollars worth of land owned by the state to the pro-gov’t Torunlar Holding.

After the project had finished, Başkentgaz company granted 31 workplaces to the TURKEN foundation led by Tayyip Erdoğan’s son Bilal Erdoğan.

Torunlar GYO, which undertook the construction project, did not donate directly, not to attract unwanted attention. Başkentgaz bought these places and gave them to TURKEN. Torunlar built 2961 residences and workplaces on the land and constructed the largest media center of the country besides these residences.

The media center, with a 300 thousand indoor space, was given to the pro-Erdogan Sabah daily and ATV channel network owned by the brother of Erdoğan’s son-in-law.

A portion of the land was utilized for a campus of the Bezmi Alem University, which is controlled by President Erdoğan’s spouse Emine Erdoğan.

Instead of the word “bribery,” the word “donation” is trending in Turkey these days. It is almost obligatory for businesses working with the government to donate money to foundations either close to the AK Party government or directly related to the Erdoğan family. These donations are exempt from tax for most of the cases.

The system explained above is not just for big government tenders or lands. The small towns have the same system as well. The local business people who are obliged to do business with the AK Party governed municipalities are compelled to donate to the foundations determined by the municipality. The amounts of these donations are usually fixated to the 20 percent of their estimated profits off the tender at hand.

Back to the future 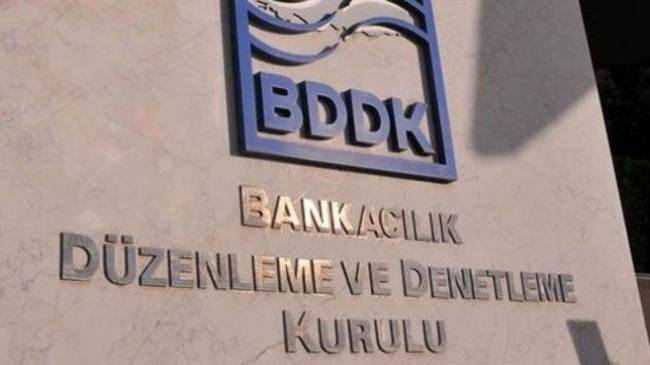 The ruling AK Party crafted a bill that foresees heavy sanctions on banks if they take actions that the economy administration dislike which also makes it impossible to criticize the economy.

The AKP-MHP alliance, which forms the government behind the scenes in Turkey, concocted a bill regulating the banking sector.

For a while, people who have been criticizing the Turkish economy have been denounced by President Tayyip Erdoğan, with the label “traitor.”  The amendment also allows authorities to criminalize the criticism.

The bill, along with identifying the new crimes with regards to the economy, also aggravates the penalties for the existing crimes. The bill foresees fines for banks that perform “manipulative and misleading transactions.” Bankers who carry out transactions that “endanger the banking system” are also subject to hefty penalties.

The bill does not define what transactions are “manipulative”, what “misleading” is and what the “transactions endangering the banking system” are. The interpretation is entirely left to economic management.

Erdal Sağlam, an economist, quoted a banker as asking, “For example, if an account owner says ‘Turkish Lira will lose its value as the economy is not well-managed,’ will it be considered as ‘transactions that endanger the banking system’ even if the US Dollar does not gain value in the following months?”

Bankers are, therefore, perplexed. Due to the pressure on the economy, many international companies and large banks such as UniCredit have left the Turkish Finance system.

Peoples’ Democratic Party (HDP) is against the change.

According to the HDP, with the new law, private banks will be forced to give full support to the government’s economic policies: “For example, with this proposed law, the ruling AKP will be able to increase the pressure on private banks that are not willing to provide the credits as much as the economy authorities wish so. Political pressures can be imposed on banks.”

Banks will be compelled to give loans

“The government wants credit to be given everyone, nevertheless banks are not willing to provide loans that are surely going to be dead loans,” a banker stated and highlighted that private banks increased consumer loans, but this did not satisfy the government. Banks will be compelled to give these loans, thanks to the new amendment. Besides, the economic administration will decide, not the bank itself, to what extent the banks will receive commissions on commercial loans.

Especially considering that the giant building contractors close to the government have not been able to find loans in the recent period, banks will have to give these loans with the new law through commissions envisaged by the economy administration.

Government is unable to keep USD in check

On the other hand, the Turkish Central Bank has been using the methods criticized by economists since the New Year in order to curb the appreciation of the dollar against the Turkish lira. $17 billion was sold to the market through private banks. This includes $1 billion in exchange for sending the troops to Libya. Resorption in The Central Bank’s foreign exchange reserves is quite a risky situation for Turkey since the country is indebted in foreign currency. However, the Erdogan administration is determined to keep the dollar at 6 TL so that the construction industry does not collapse.

Human Rights Watch: Allegations of Abduction and Torture Not Investigated in Turkey